Meanwhile, the mares are putting their makeup on and getting ready for the day.

A date card arrives to Stephanie:

Stephanie puckers her lips as she’s putting on her lipstick and reads the date card aloud to the group.

Stephanie: This is going to be the BEST day of my life! New York City with War Dancer! SO Fabulous!

War Dancer and Stephanie begin their journey in New York at Belmont Park. 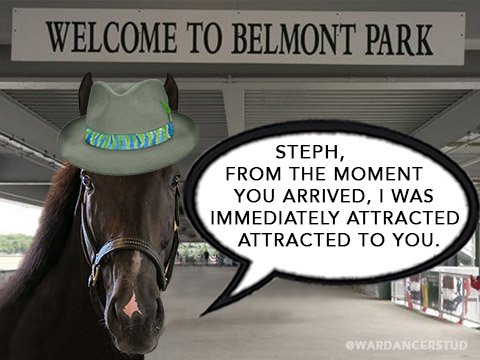 War Dancer: Steph, from the moment you first arrived, I was immediately attracted to you. I want to learn more about your breeding, your past, tell me everything… 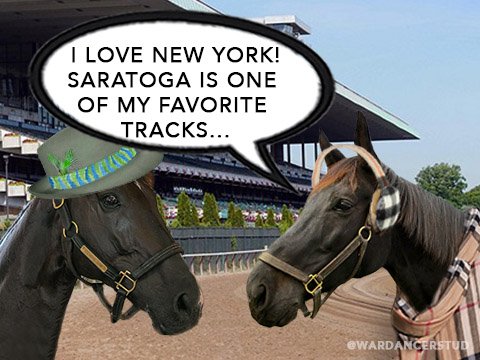 War Dancer: Do you like New York? Are you willing to move?

Stephanie: I love New York. Saratoga is one of my favorite tracks… I won the Ballerina Stakes as a 3-year old! And yes, I’d move anywhere for you…

Stephanie: 6 furlongs is my sweet spot.

War Dancer: With your burst of speed, and my superior stamina, we would have awesome offspring!

Stephanie: (blushing) Wow, maybe we would produce the next triple crown winner! 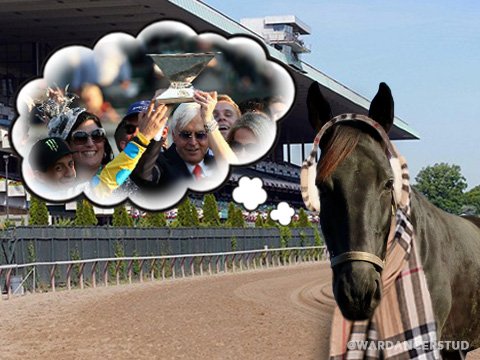 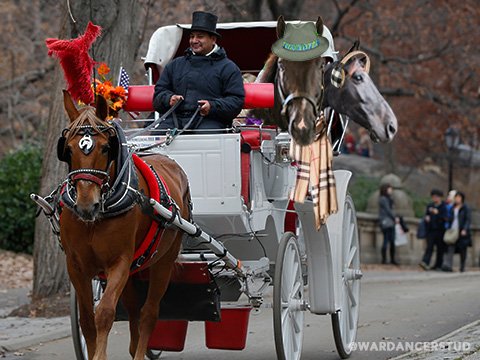 Stephanie: So, WD, Tell me about this New York gig of yours…

War Dancer: If you come stay at Sugar Plum Farm with me, Did you know our offspring would be a New York Bred?

Stephanie: That’s fantastic! Who wouldn’t want to be involved with the War Dancer Breeding With The Stars Program? Easy Money! $$$

War Dancer and Stephanie make their way to the umbrella room. 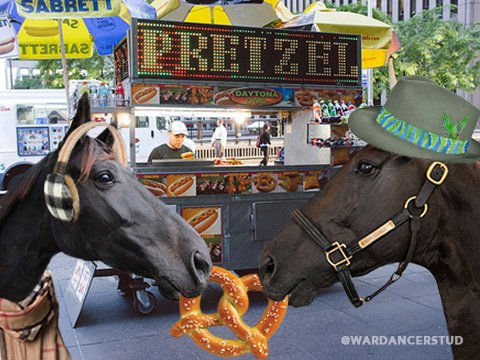 They pass by the Trump Tower and the President of the United States happens to be outside speaking to the press. President Trump gives a wave and a smile to War Dancer. 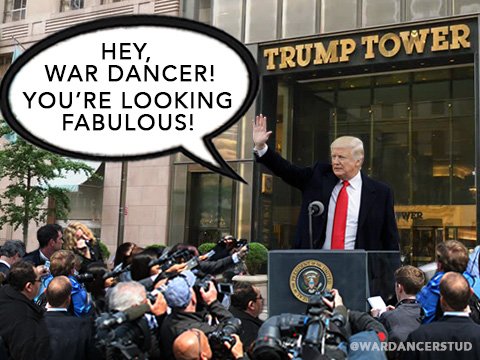 War Dancer: Of course! He Loves Me. Make horse racing great again! Breed to me! 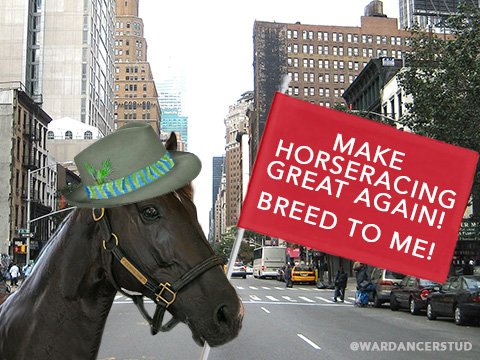 War Dancer: C’mon, babe… Let’s go to Times Square. I want to be sure you get to see all of my favorite places today!

When they arrive at Time’s Square, War Dancer’s Man O’ War Race from Belmont Park Starts Playing on the big screen… Click below to watch!

War Dancer: Can you believe I missed winning that race by a head bob? And, I cut that race out…

Stephanie: You’re a winner in my eyes, War Dancer!

War Dancer: C’mon, I want to show you another one of my favorite places in New York city… 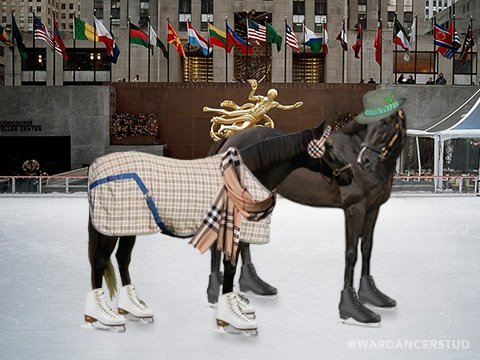 War Dancer: Steph, I must say, you make a great skating partner, too…

Stephanie: I’ve had such an amazing day with you, WD. 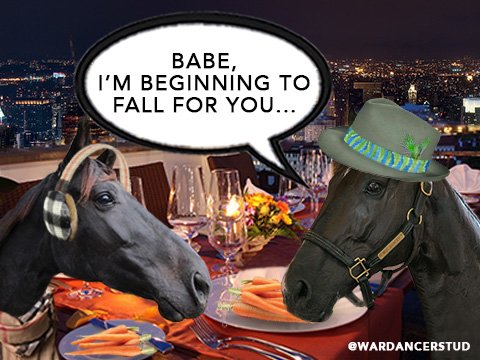 War Dancer: Babe, I’m beginning to fall for you… You are everything I want in a Mare.

Stephanie: Really? I’ve always dreamed of this moment! You are incredible! 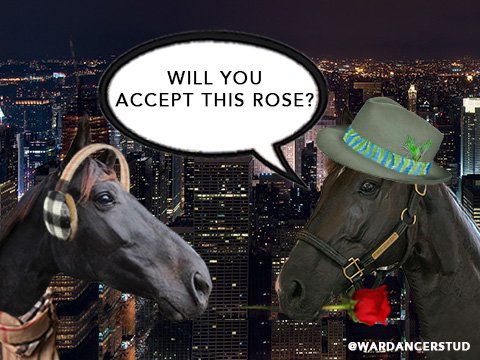 Stephanie: YES! War Dancer, you are the stud of my dreams! I will move to New York!

As Stephanie accept War Dancer’s rose, Michael Buble steps out to play a surprise concert to end the evening…

Never miss an episode of War Dancer’s journey as America’s Most Eligible Stud! Get the updates here. 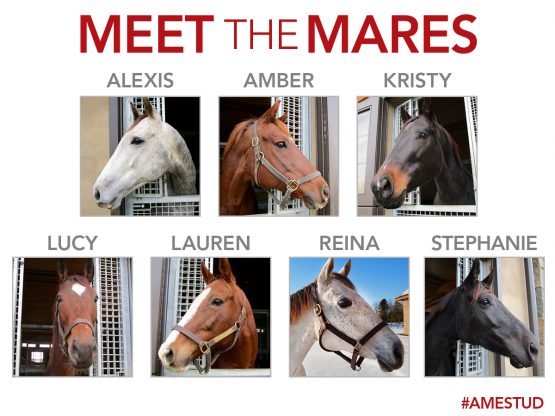 Do you think your mare is perfect for War Dancer? Share her photo on social media using #WarDancerMare or submit by e-mail at WarDancer@WardancerStud.com.

Never miss an episode of War Dancer’s journey as America’s Most Eligible Stud!